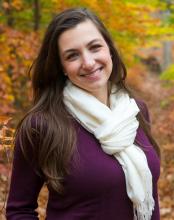 Stephanie Perry is the Manager of Polling for NBC News. In this role, she manages election polling for the NBC News division and runs the exit poll desk for NBC News, MSNBC, CNBC and Telemundo. She has been part of the NBC News Decision Desk team since 2010. She is formerly an Associate Producer with NBC News Specials where she covered breaking news stories and special events such as the 70th Anniversary of D-Day, the 2012 Republican National Convention and 2016 Democratic National Convention. She has won three Emmy Awards for Outstanding Live Coverage of a Current News Story for the Boston Marathon Bombing, Malaysia Flight 17 and the Supreme Court decision on same-sex marriage as well as a Peabody Award for In Plain Sight: Poverty in America. Perry is a 2010 graduate from New York University with a BA in Political Journalism.